Superheroes are notoriously known for possessing supernatural abilities to restore order with the swish of a cape. Shirlee Abbott writes, “Oh, to be like Superman. To step into that phone booth as mild-mannered Clark Kent and step out as Superman — fit, flamboyant, ready to fly off and change the world!”

The book of Daniel is action-packed with harrowing adventures of one of the Bible’s most notable superheroes. What gave Daniel the courage to survive a fiery furnace, den of hungry lions, and captivity while maintaining his integrity in matters of life and death? Daniel’s superpower was prayer.

What exactly is prayer? For the average person, it can seem as mystical as the superheroes in the Bible. Prayer is an ongoing conversation with God. A relational conversation where we talk to God and listen.

Let’s delve into the Book of Daniel and eavesdrop on his conversations with God. We will discover three qualities that characterize Daniel’s prayer life: patience, perseverance, and humility.

Daniel was a hottie like Superman’s Clark Kent in the modern idiom. He had nobility, good looks, intelligence, and wisdom. Qualities that made him an appealing target for captivity in Babylon, where he entered the personal service of Nebuchadnezzar.

Deported with thousands of his compatriots, Daniel could have despaired. Despite his circumstances, Daniel knew God was sovereign. The book of Daniel centers around this profound truth—God is in control of heaven and earth, the destiny of nations, and the care of His people. Since Daniel knew God was orchestrating the details of his life, he did not act hastily. He waited patiently and prayerfully for the right time and opportunity to respond, and then he did so with humility.

It is not if we face adversity; it is a matter of when. How will we maintain our prayer life in cases of life and death? Daniel demonstrates for us what Paul speaks of in Romans 8:24:

“For we are saved through hope, but hope that is seen is not hope, for why does a man still hope for what he sees? But if we hope for what we do not see, we wait for it with patience.”

Tucked away at the end of this verse are five little words that pack a powerful punch in transforming our prayer life to superhero status – wait for it with patience.

We prefer to lay our request before God and skip the “waiting with patience” part. Daniel knew that patience is vital in prayer because answers are not always easy or immediate. Daniel waited for God’s response until he understood God’s instructions.

Patience and perseverance are prevalent throughout Daniel’s story. Our first hint of Daniel’s determination comes in his quiet refusal to engage in a royal lifestyle. One of the benefits of training for royal service was the pleasure of eating food from the king’s table. Daniel’s physical and spiritual diets were essential to his relationship with God. While he could have gorged himself on decadent foods, he chose to eat an uncomplicated menu. He indulges in talking and listening to God instead.

An ongoing dialog with God sustained Daniel throughout seventy years of captivity in the Babylonian government during the reigns of Nebuchadnezzar, Belshazzar, Darius, and Cyrus. Daniel faced tricky situations during each administration but overcame every dilemma through prayer.

Daniel’s life demonstrates that great answers to our prayers come over time when we persevere through trials and cultivate an ongoing conversation with God.

Daniel had exceptional talent by worldly standards. Considered an elite of his day, he was skilled in serving in various capacities. He served as an adviser in the personal service of Nebuchadnezzar, who promoted him to leadership positions.

In the article, “What Makes a Hero,” John Staughton writes, “One does not perform heroic acts in order to be worshipped for them. Being heroic means being humble and making it clear that your actions are in the service of others and can only be completed with the help of others.” Daniel could have quickly become prideful and used his gifts for his gain, but he did not. He humbly gave credit to God.

There is an exciting wordplay in Daniel 6:10 that is rare in Scripture. The Hebrew word for “prayed” means “to limp as if one-sided.” Daniel knew he was too handicapped to walk the path before him in his strength. Through prayer, he cast his weight on God and took one step at a time. God honored Daniel’s humility by giving him unique skills and raising him to leadership positions.

Taken into captivity as a teenager, Daniel remained faithful to God in the land of his imprisonment. We often confuse the true nature of liberty. Freedom has become synonymous with personal independence in modern culture. Daniel spent his entire lifetime advising his captors with uncommon wisdom, even at high personal cost. Daniel finds liberation through dependence on God.

Daniel played a significant role in history. He served as an advisor to influential world leaders. We think of spiritual heroes like Daniel as super-humans with powers unattainable to the average person. We cheat biblical heroes when we don’t picture them as fragile men and women of flesh and blood, prone to run and tempted to conform, just like the rest of us.

Too often, we step into our prayer closet, searching for quick fixes and easy answers. We become frustrated when we don’t emerge Superman-style with a flashy cape, ready to take on the world. Daniel teaches us that bulging prayer muscles develop over time through patience, perseverance, and humility.

God chose Daniel as his servant to record noteworthy events of his captivity and remarkable events concerning the future years. God assured Daniel that he would receive his portion in God’s eternal Kingdom. Faithfulness to God has a rich reward, not necessarily in this life but certainly in the life to come.

Daniel teaches us that complex prayer requests often take a lifetime to fulfill. The complicated answers come through an ongoing dialogue with God that requires patients, perseverance, and humility. In the waiting, we emerge from our prayer closets as Superman — spiritually vibrant and ready to fly off and change the world!”

Praying Like a Superhero – Encouragement for Today – January 25, 2019. https://www.crosswalk.com/devotionals/encouragement/encouragement-for-today-january-25-2019.html

May 2022 – Creative Ways to Improve Your Prayer Life

My Phone – A Prompting for Prayer

THE PRIVILEGE OF PRAYER 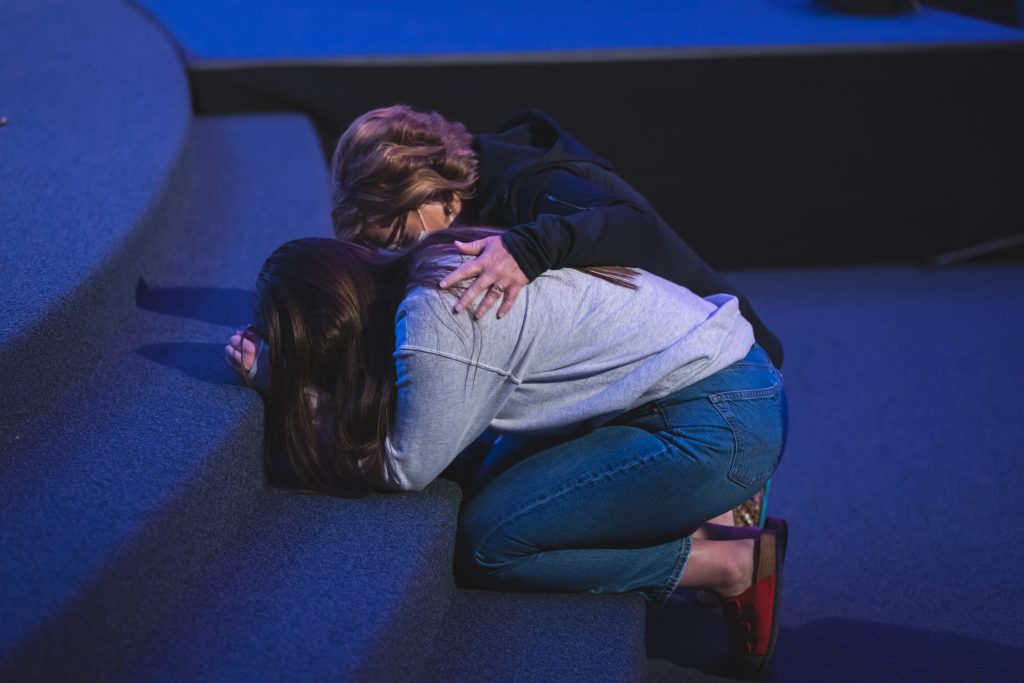